Roughly 700 kilometers south of the crowded streets of Tōkyō, Kaifu Town sits perched on the southernmost tip of Tokushima Prefecture. Facing the lapping wash of the ocean and surrounded by the rough nature typical of the prefecture, Kaifu enjoys a remote sort of beauty. Flowing unopposed through the center of the town is the Kaifu River whose crystalline waters have remained largely unspoiled and are still able to support the traditional fishing culture of the nearby Tomonoura Village. In addition to preserving local cultures, the point at which the river’s translucent waters fade into the crashing blue of the Pacific has recently become the scene for a new culture of surfers, divers, and salt water anglers.

Looming above the splashing flow of river and crashing waves of the coast are is the Todoroki Falls. Located deep in the mountains outside of Kaifu, the falls are hidden by a lush screen of foliage that refuses to give up its verdancy as the crashing mists sustain rocks and slopes rich with ferns, moss, and trees. The nearby Todoroki Shrine is said to be the home of the local gods and the people of the area have visited this area since ancient times.

Japan is a country rich in religious traditions centered around its native deities, the Kami. The Kami of Todoroki Shrine is an old one and has been revered by the locals for centuries. During this journey you will experience the traditional way of honoring these ancient deities and will witness a prayer ceremony conducted by a local priest. This ceremony is done to achieve the favor and blessing of the local Kami ensuring that your time here on Shikoku will be auspicious. Yet despite the continuation of this ceremony, the number of supporters of the shrine has been decreasing due to a decreasing population. However, even with the problem a family of priests has been serving the shrine for some 400 years and with the help of local representative is trying to keep these traditions alive. One of these representatives is Reki Nagahara, a local surfer and manager of the “In Between Blues” indigo dyeing studio. The other is Kensuke Iwamoto, who moved to Kaiyo Town after studying marine biology at the University of the Ryukyus and works toward establishing sustainable fish farming techniques in the area, in particular oyster farming.

Through this experience we hope that participants will grow to appreciate the importance of respecting and appreciating the natural environment as well as ancient traditions. 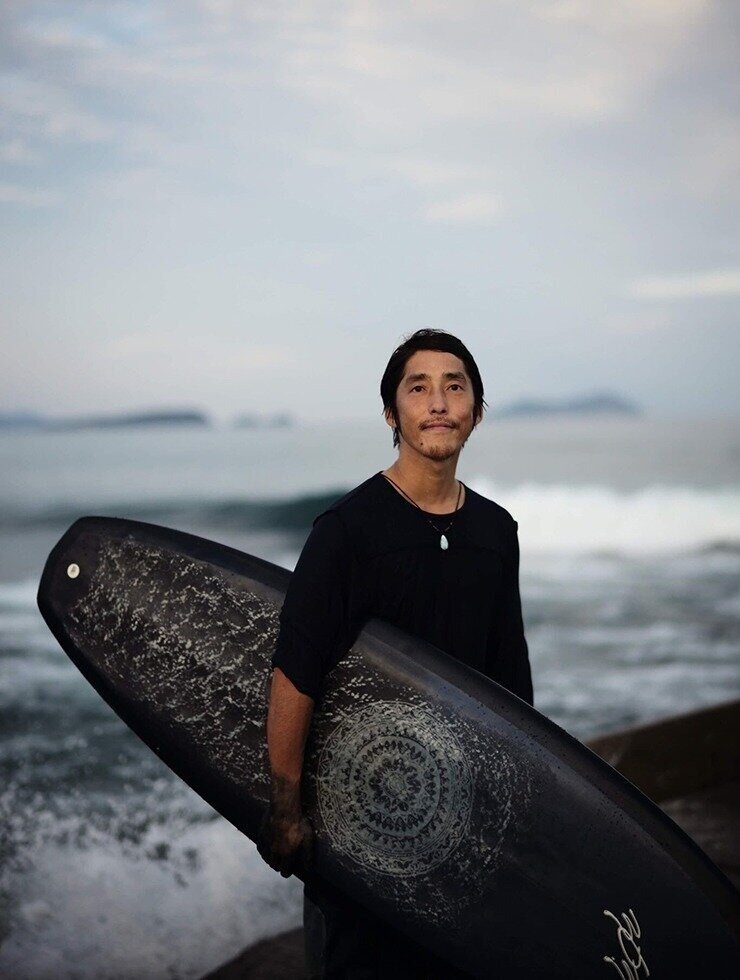 Profile: International Environmental NGO Surfrider Foundation Japan, Director
Born in Kaiyo Town, Kaifu District, Tokushima Prefecture in 1982.
While enrolled in the Department of International Exchange at Josai International University, Leki won first place during the Al Japan Student Surfing Championship. After graduating, Leki worked domestically in Tōkyō before working abroad in both The United States, Australia, and others. His time abroad and in Japan gave him a love for surfing, music, art, and instilled him with an appreciation for nature.
At 27 years old, he joined the underwear manufacturer “Tortus.” Here, Leki became interested in the traditional cultivation of indigo as well as indigo dyeing, incorporating these interests into his duties of clothing sales and new product planning.
In the winter of 2017, he completed the 88 Temple Shikoku Pilgrimage travelling on his indigo dyed skateboard, a roughly 1,300km long journey. Afterwards, Leki went on to establish his own indigo dyeing studio called “inBetweenBlues” along the beach of his hometown Kaiyo Town.
Through this workshop, Leki is promoting the unique culture of his home he calls “Awa Ai,” through traditional themed workshops and events that take advantage of Tokushima Prefecture’s rich history and cultural traditions.
In 2021, Leki founded the company “Mitsuguruma” alongside Kensuke Iwamoto, the president of Todoroki Shrine. This business strives to preserve both the historical culture and natural environment of the Kaifu River which has its origins in the Todoroki Falls as well as the traditional ties the region has enjoyed with the shrine.
By working with the Agency for Cultural Affairs as well as with other PR projects, Leki continues to draw attention to the region in hopes of promoting and supporting tours and other projects aimed to share this wonderful region with the world. 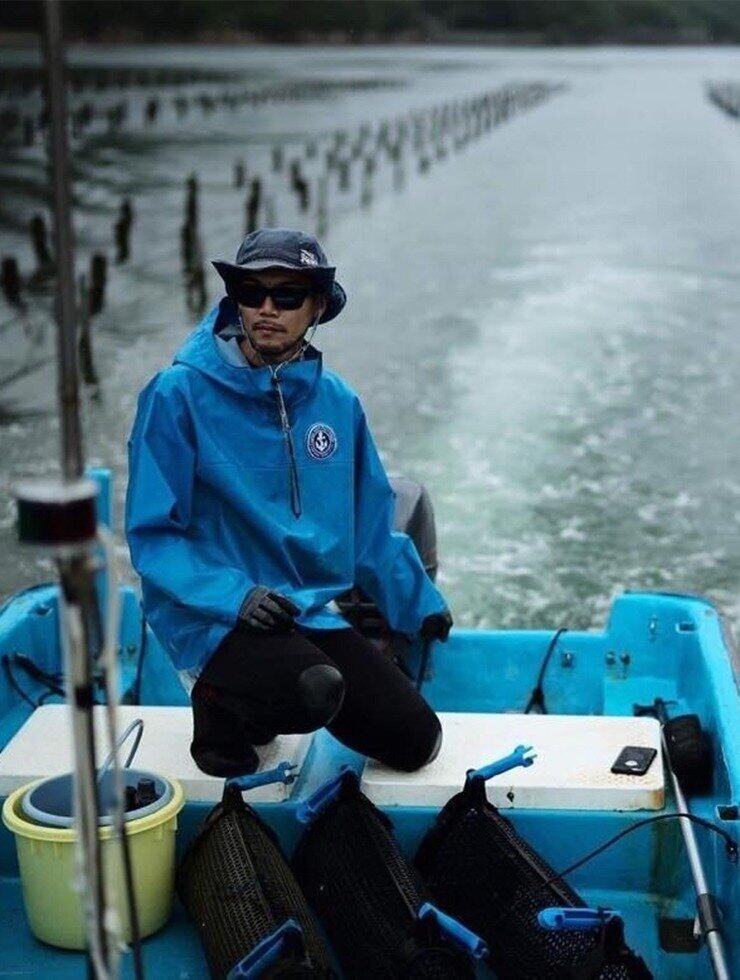 Kensuke Iwamoto was born in 1983 in Hamamatsu City, Shizuoka Prefecture. He attended university at the University of the Ryukyus and received degrees in science before going on working holidays in New Zealand in addition to traveling abroad for research. Once completing graduate school, Kensuke worked as a postdoctoral researcher at the University of the Ryukyus Okinawa Prefectural Fisheries Experiment Center where he conducted research related to fishery resource management. In 2018, he established Ribble Co. Ltd. with the hope of, “becoming the world’s most interesting fishery industry.” Ribble Co. is focused on the distribution of oyster “seeds” and the oyster farming industry. The following year, Kensuke became involved with Todoroki Shrine and was designated a “shrine bearer” for the Todoroki Shrine Autumn Festival. From 2019 he has served as the secretary general of the Todoroki Shrine Respect Association and is the shrine’s general representative. In March of 2021, he together with Reki Nagahara established Mitsuguruma, LLC.