WE MAKE YOUR TRIP AMAZING

We are a regional land operator based in Takamatsu and we focus on Shikoku and the many islands of the Seto Inland Sea including the Art Islands. We offer immersive, off-the-beaten track Japan experience and seamless tour planning services for clients who want to see Japan in a whole new perspective. We provide our clients that unforgettable grassroots travel experience. From agri-tourism including authentic farm stay experiences, to the spiritual experience of the Ohenro Pilgrimage, and bespoke luxury experiences, to more niche craft tourism, we provide unique travel solutions for everyone!

Our Shikoku-based team of experts design and execute private tours, special interest tours, and corporate/group tours while delivering a seamless experience tailor-made to met your needs while traveling around Shikoku and the Seto Inland Sea.

Anabuki Travel specializes in providing you with a unique, authentic, immersive, hands-on experiences that will challenge your perceptions of travel in Japan. A good example of this is our crafting tour which takes you on a journey of artistic discovery. Starting in Kagawa, you will encounter the transformative contemporary works found on the “Art Islands” of the azure Seto Inland Sea. Next you will continue on to rustic Tokushima to experience indigo dyeing the traditional way before visiting the remote Iya Valley to stay the night in meticulously restored traditional style houses that combine the charm of the past with modern luxury. After the idyllic stay, you will venture to Kochi to visit Yusuhara, a tiny mountain village that boasts architectural masterpieces by Kengo Kuma as well as participate in traditional paper crafting under the direction of an artist whose works have been commissioned for Kuma’s own interiors. The tour will end with a halcyon day in Matsuyama, home of the famous Dogo Onsen.

“We have designed a rich, wide-ranging itinerary, which is both forward-looking and rooted in tradition. It will appeal to people with a broad interest in art, craft and design. Seldom visited by tourists, Shikoku epitomizes a more laid-back side of Japan. Traveling in autumn, we will enjoy brilliant fall foliage and crisp weather. “ Jessica Warner (owner -Twofold Handcrafted Travel) 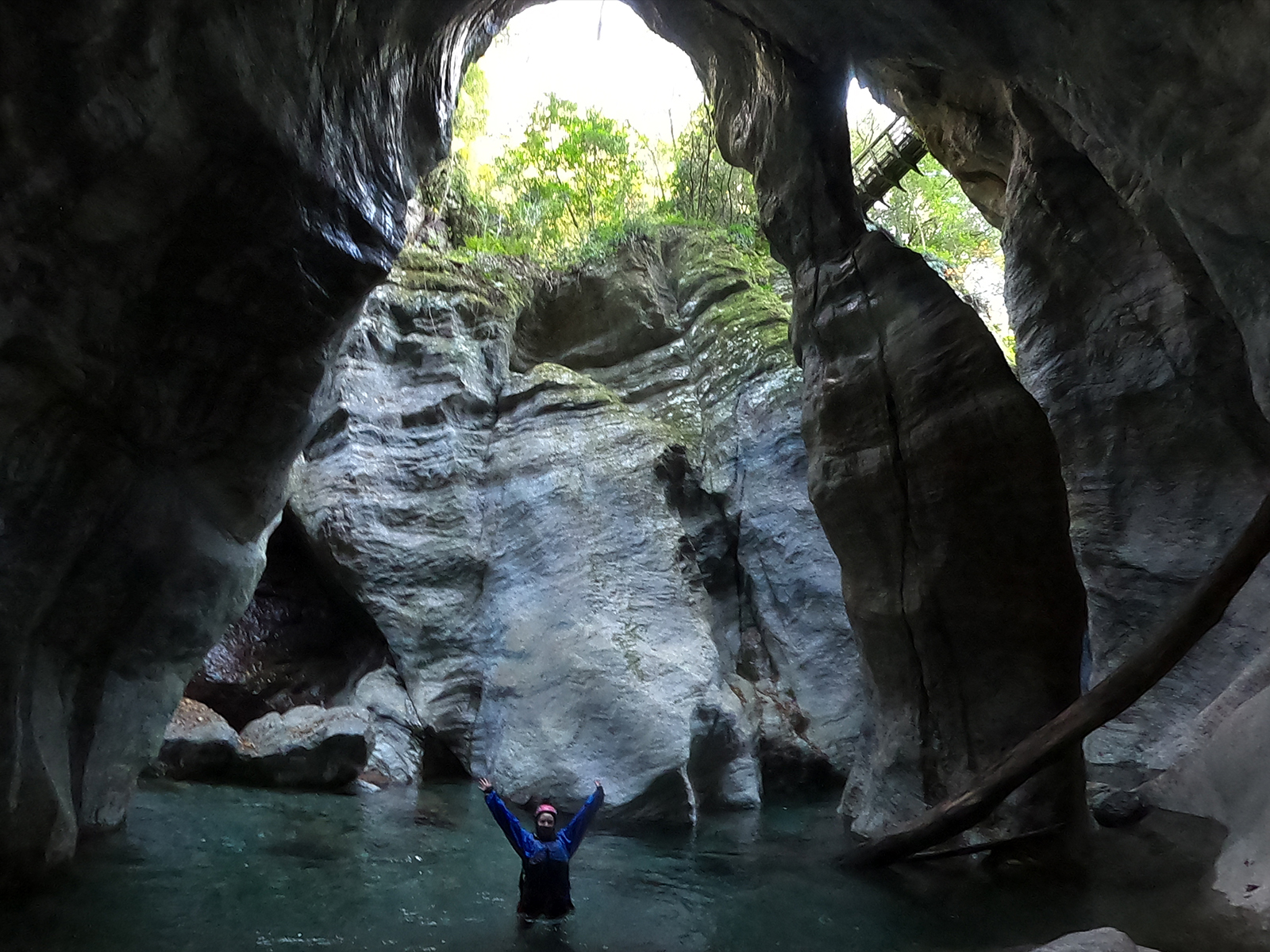 Each of the four prefectures of Shikoku offers something different for those seeking the thrill of the outdoors.

Crashing blue waters of the Pacific invite surfers, anglers, and divers alike to the coastline of Kōchi while rugged mountains spread across the interior of Tokushima and Ehime forming a network of paths and valleys for trekkers and explorers of all levels to enjoy.

Cycling over massive bridges or along the long stretches of coastline that see the azure serenity of the Setō Inland Sea disappear into roiling whirlpools as it meets the Pacific.
From rivers and canyons to mountain peaks and island shores just off the coast of Kagawa, there is always some place to seek adventure on Shikoku. 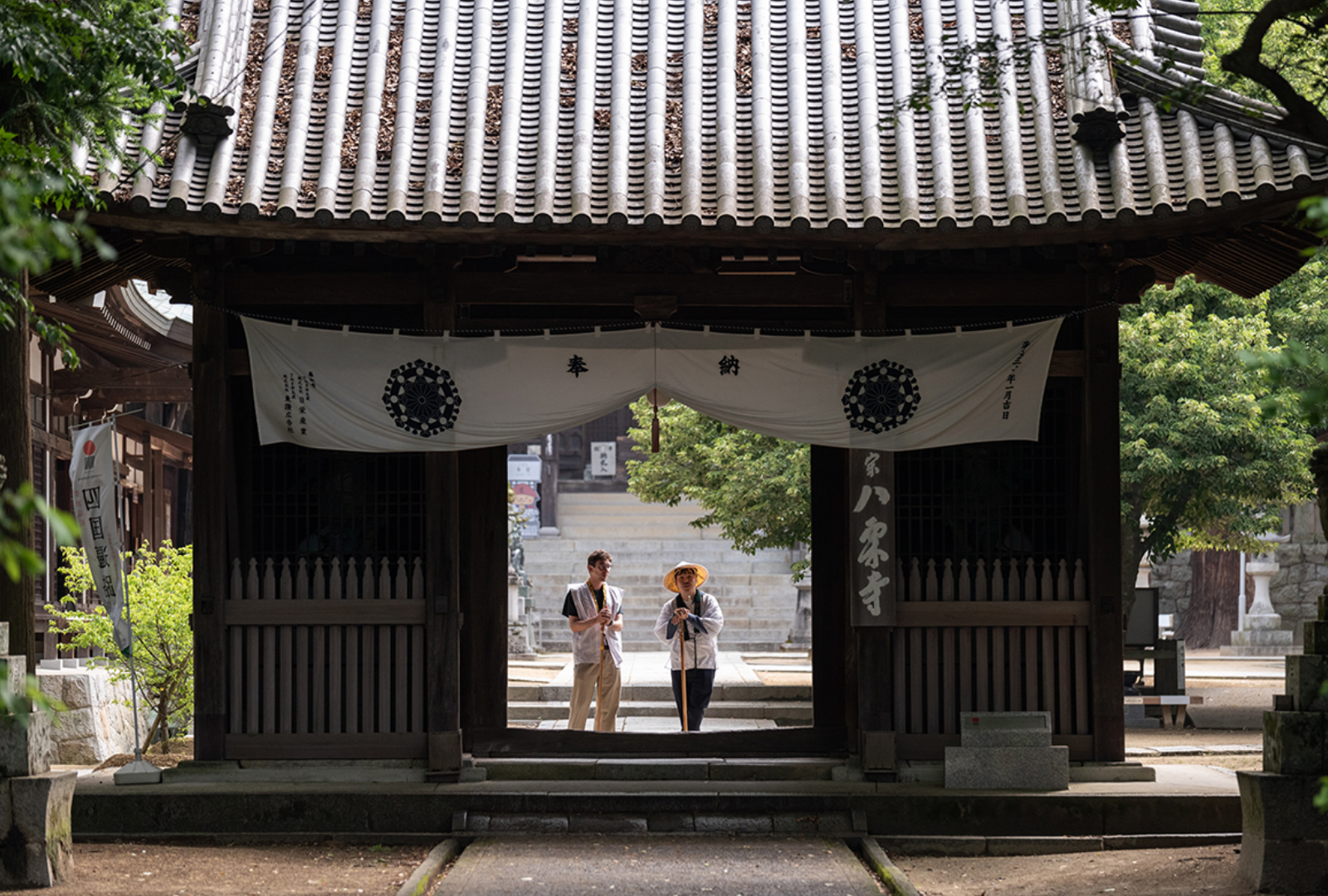 At Anabuki Travel, we focus on bringing you nature, beautiful walking routes, and local experiences.

Shikoku Pilgrimage, said to be the same route used by Kūkai in the 8th century is a spiritual experience which still resonates with modern pilgrims today. 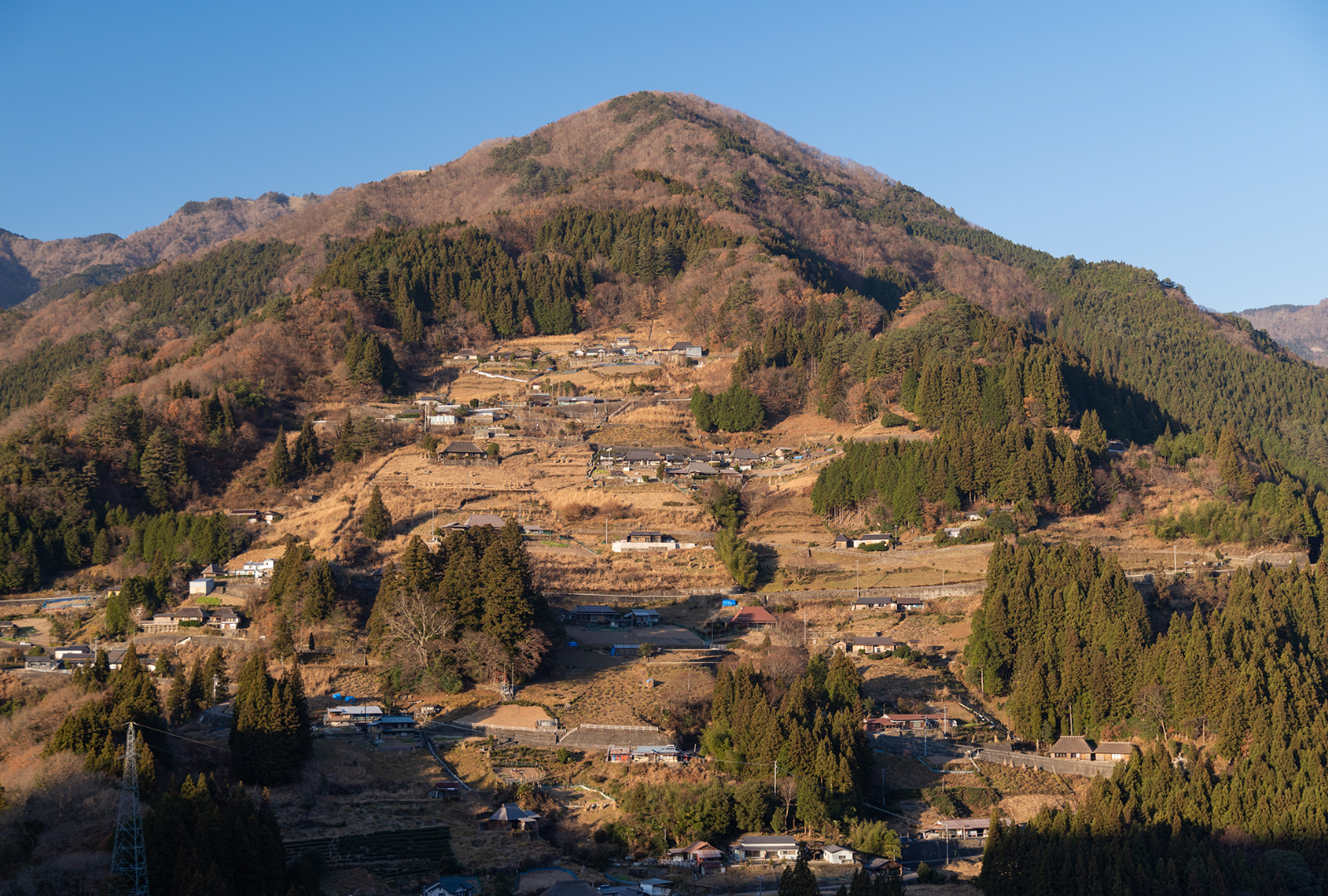 Have you ever imagined passing a beautiful village nestled on the mountain slopes where the descendants of the 12th century Taira Clan have been residing for hundreds of years?
The more than 300-year-old thatched houses hiding in the small forests that smatter the area are renovated to cater to both local and international visitors and provides charming scenery. 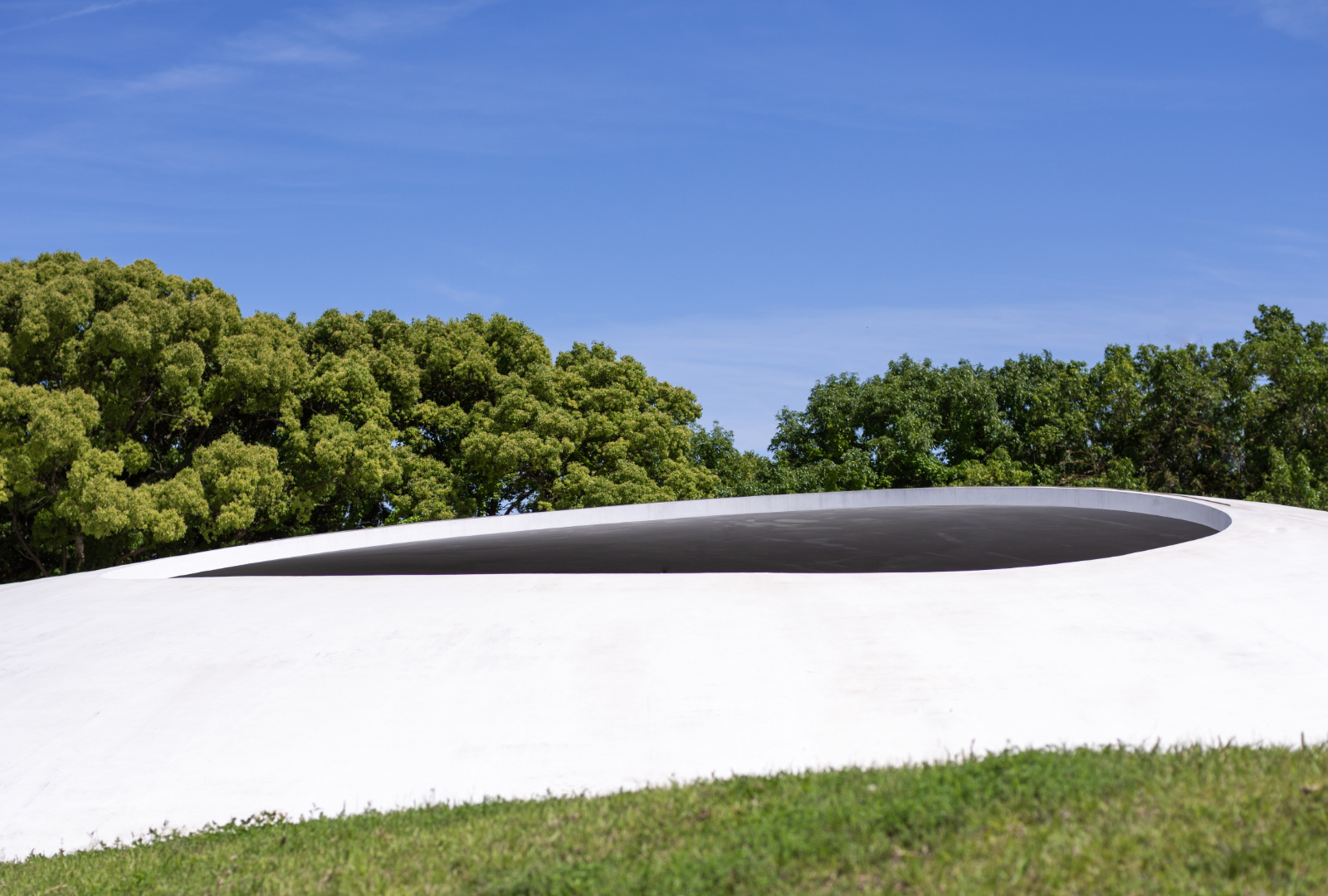 What is art? What is beauty? These questions have pervaded the world of fine art, and indeed the thoughts of humankind, for ages. The various installations and works found amid the azure waters and verdant greenery of the Art Islands offer the perfect chance to approach these questions.

Renovated “art houses” and industrial buildings from an often-damaging industrial past demonstrate the transformative nature that art can possess and the benefit it can give to modern society. Art can be an elusive thing, sometimes tantalizingly close; dimly visible through the mist and offering us some benefit or reward. These islands might not guarantee an answer, but after visiting, the answers seem so much closer than before. 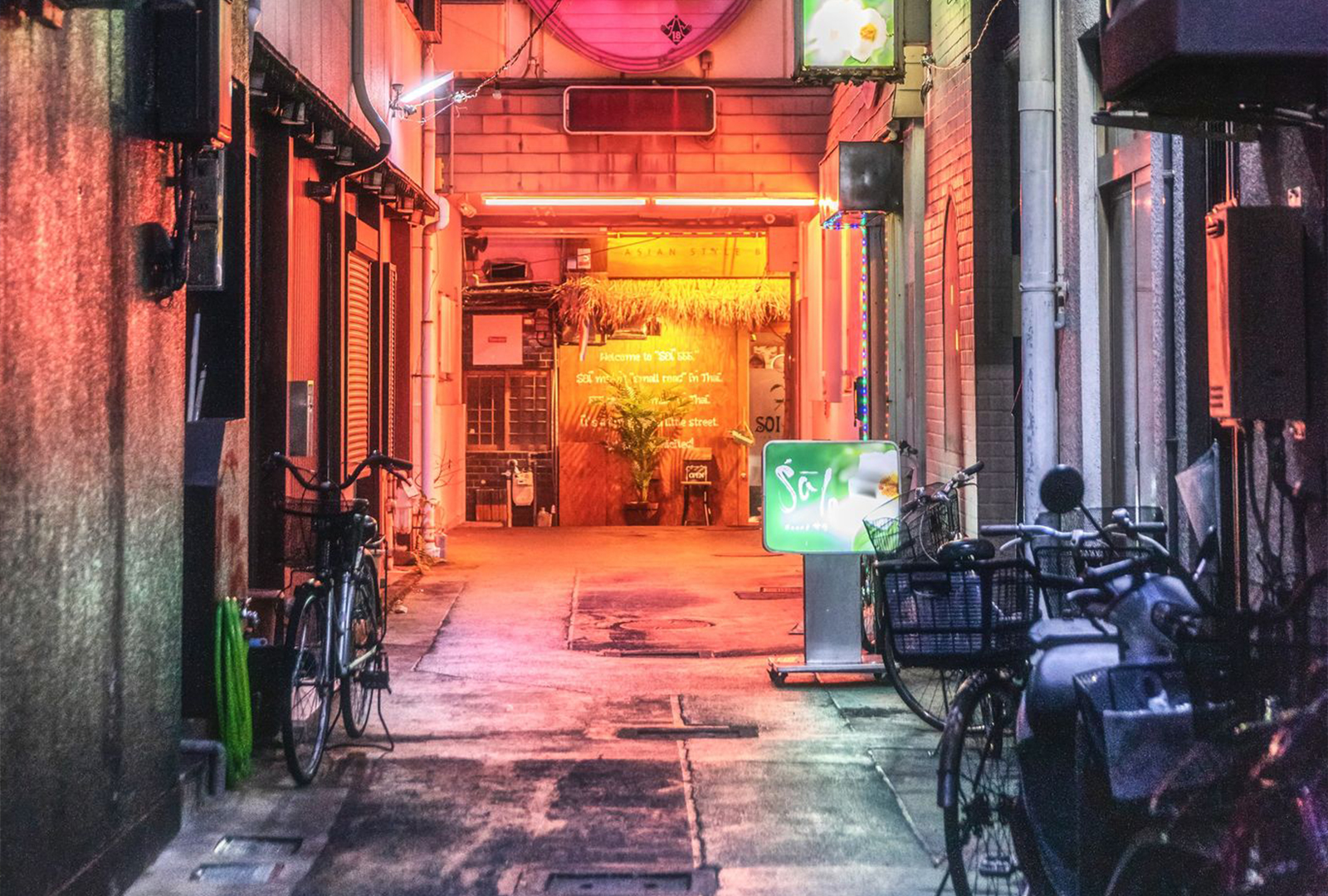 Japan is known as being a strange place at times—from machines vending undergarments, to Harajuku “fashion,” to manga and tentacles, to a constant cavalcade of wacky commercials, there is a plethora of the odd, explicit, and simply weird for those who dare seek it. This is true across Japan but the further into the countryside one goes, the stranger it can become even for the Japanese, and Shikoku is no exception—especially once the sun sets.

Behind the erratic, never ending rush of a 1980’s work culture and pastoral rurality, the quirky backstreets of Shikoku’s cities and towns offer visitors more than a few surprises. Rickety doors conceal bizarre concepts such as “by appointment” bookshops, imposing stairwells lure the brave and audacious into cozily compact bars offering top shelf drinks and company, and the scents of coffee, breads, cakes, and a myriad of street foods lure the curious through back-alley mazes on a hunt for culinary gems hidden in cities much more exciting than one may realize.